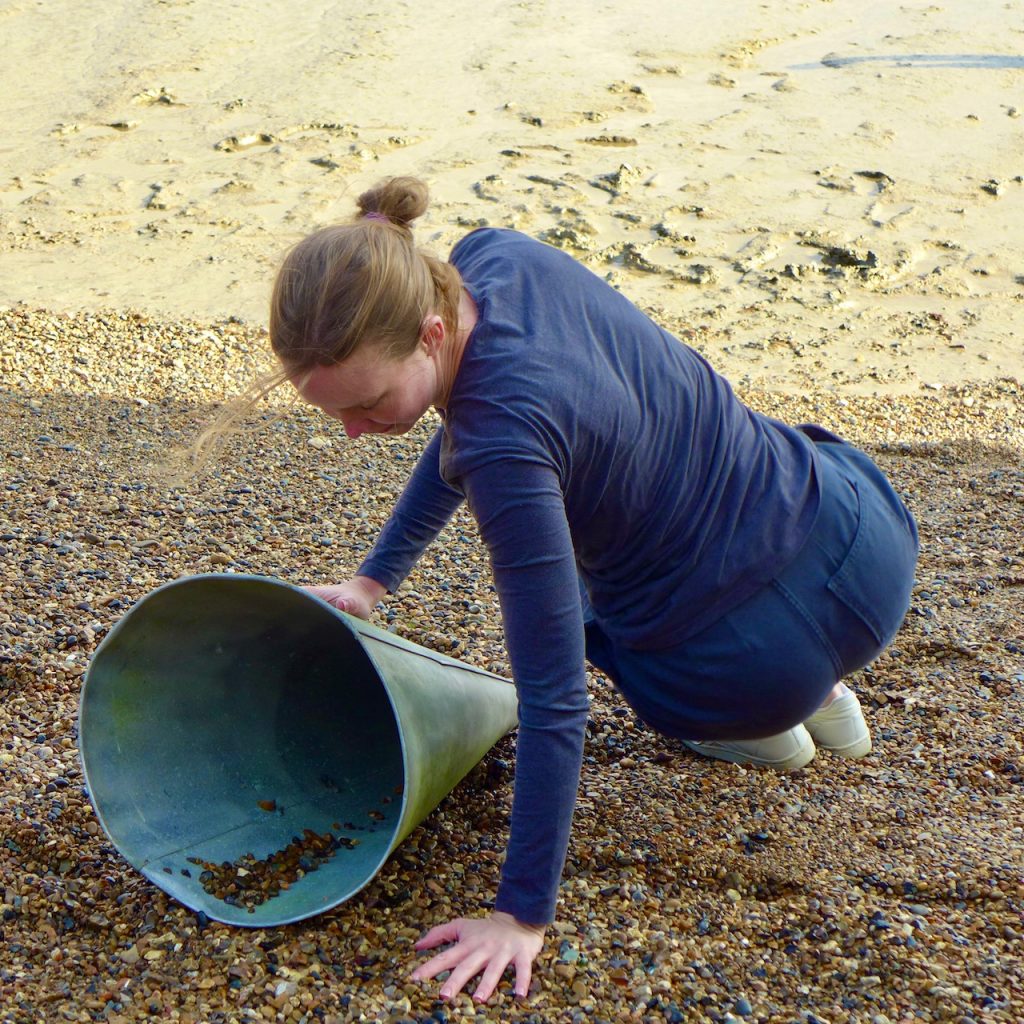 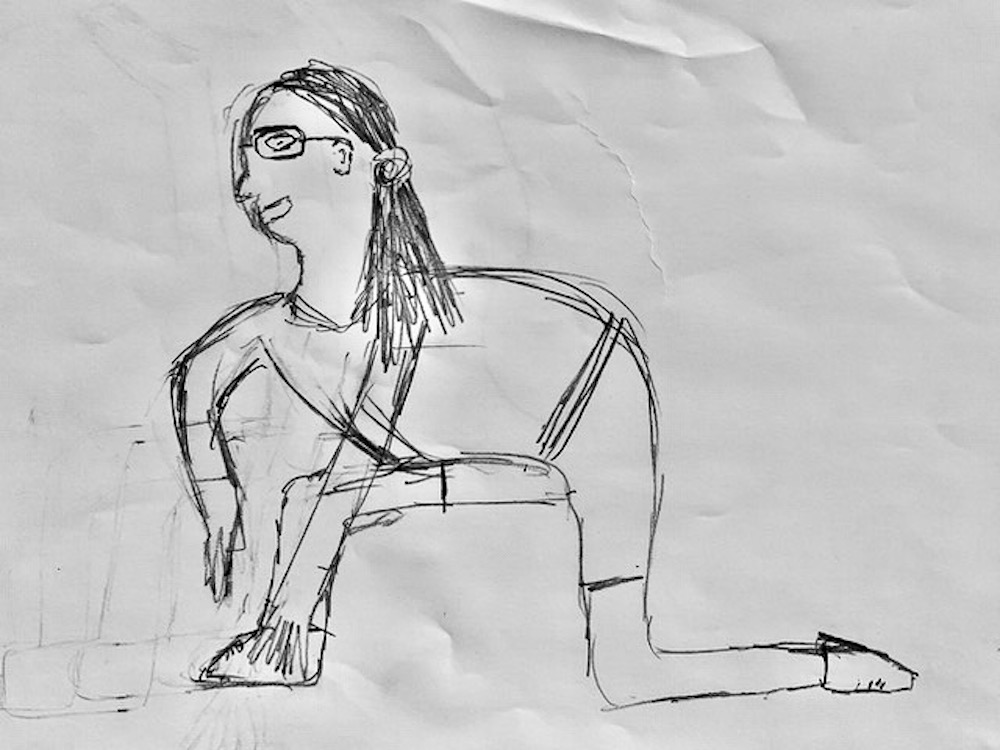 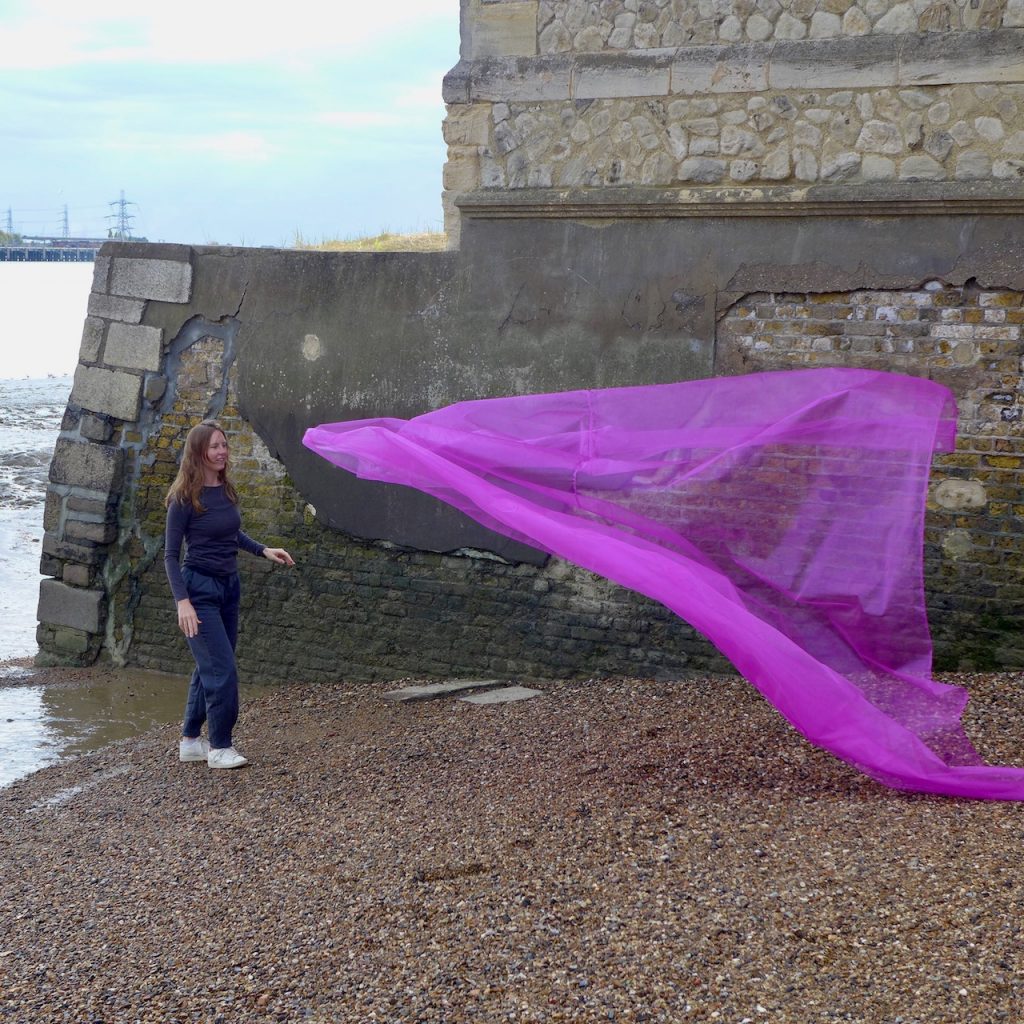 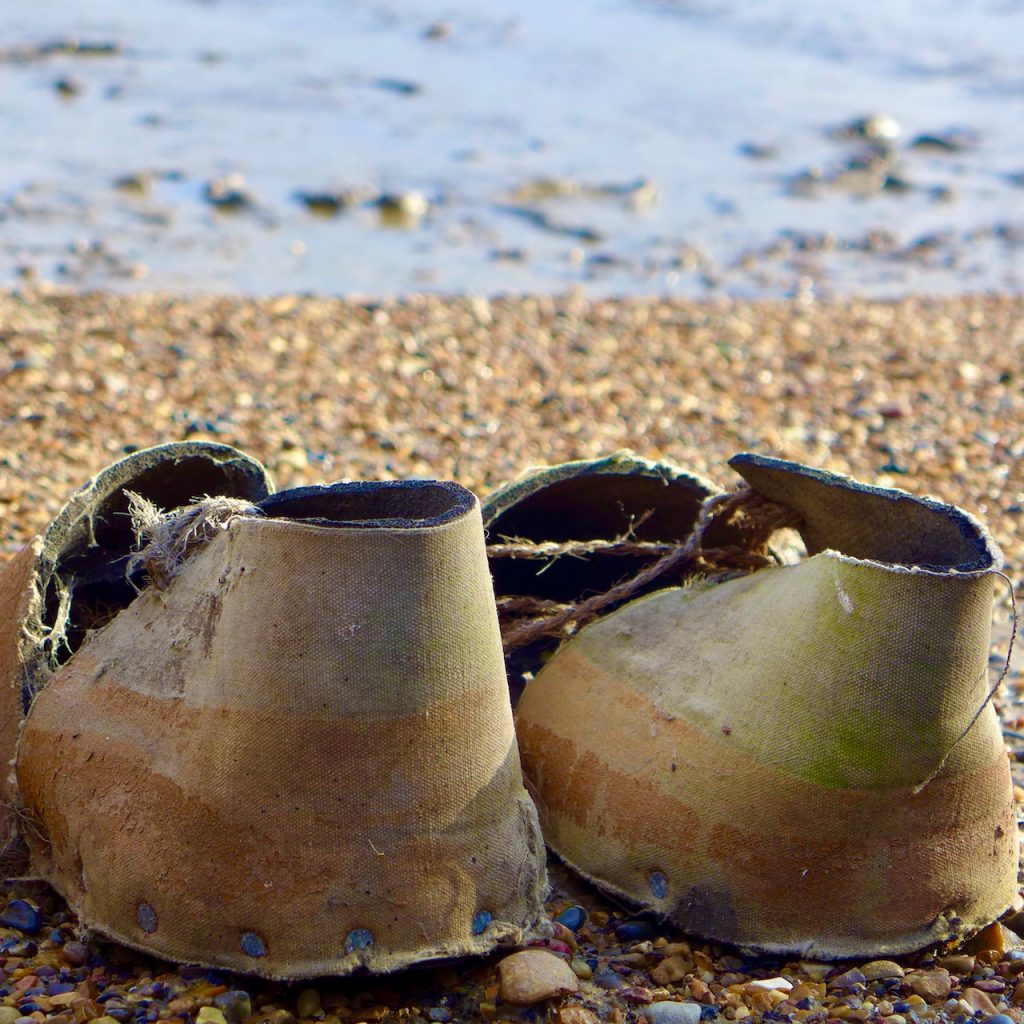 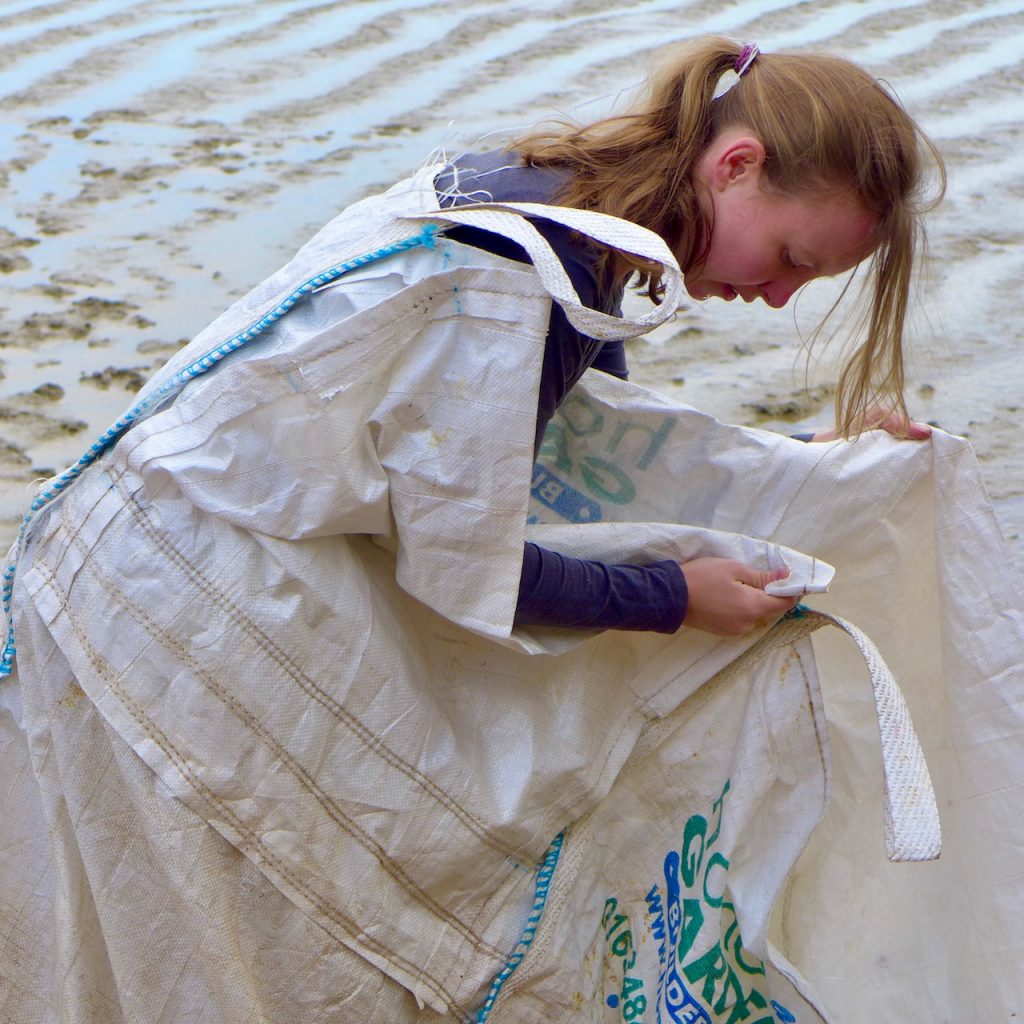 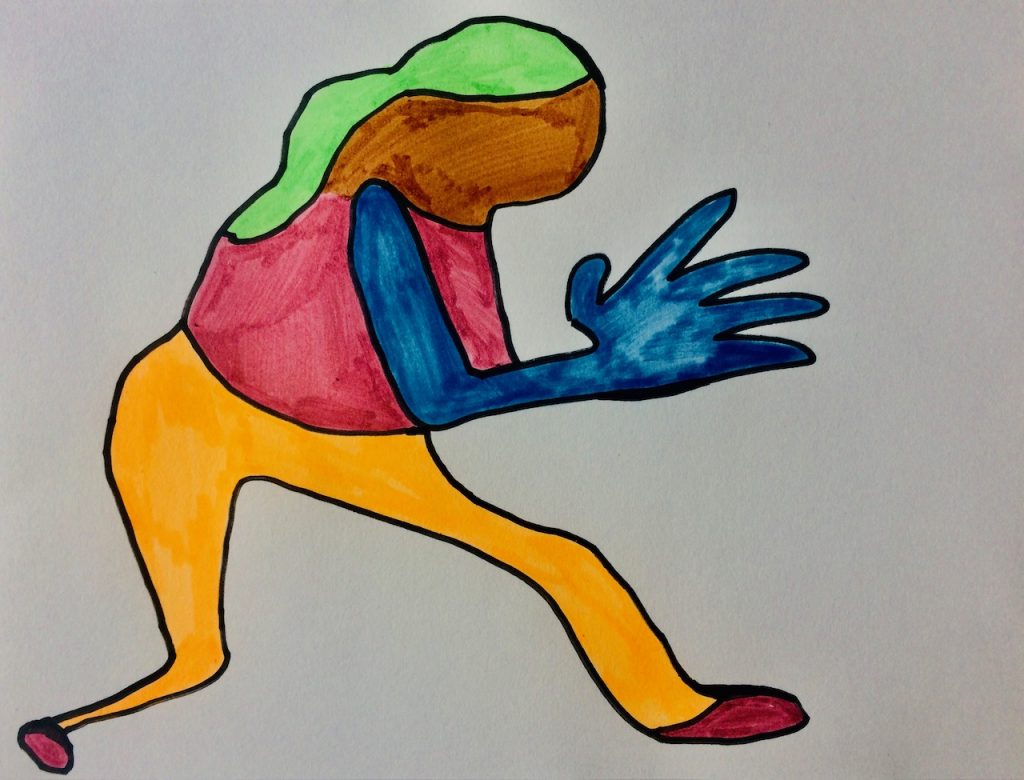 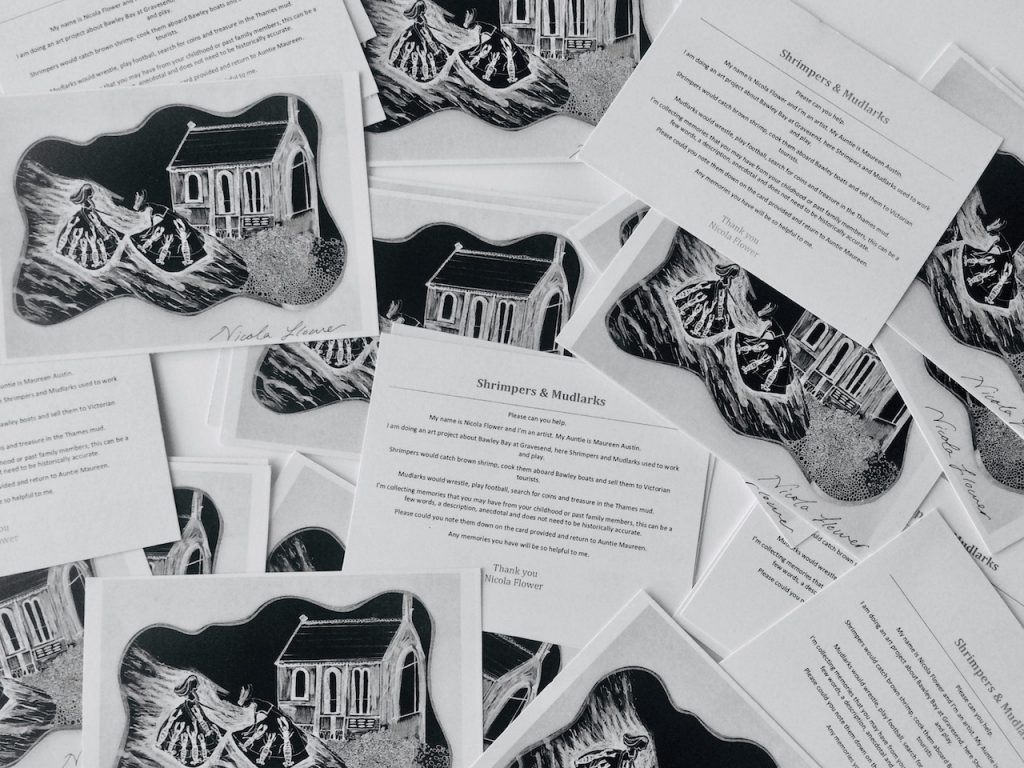 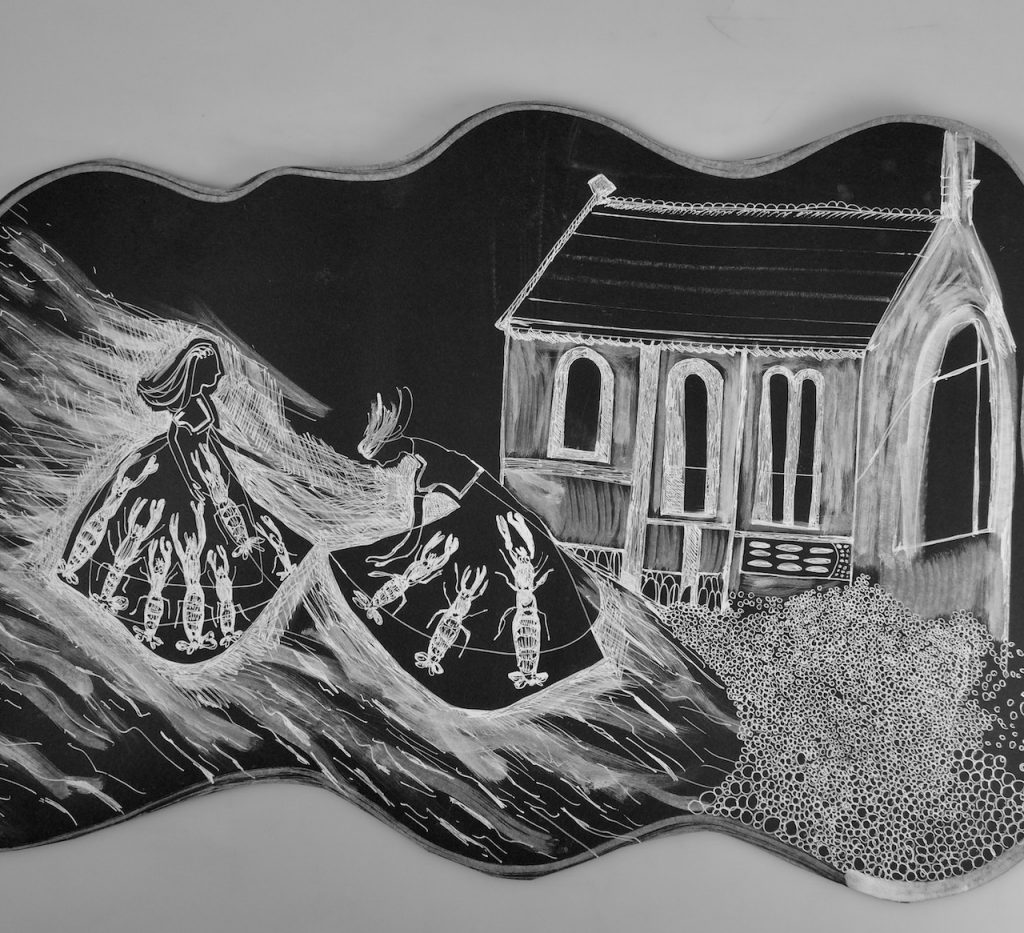 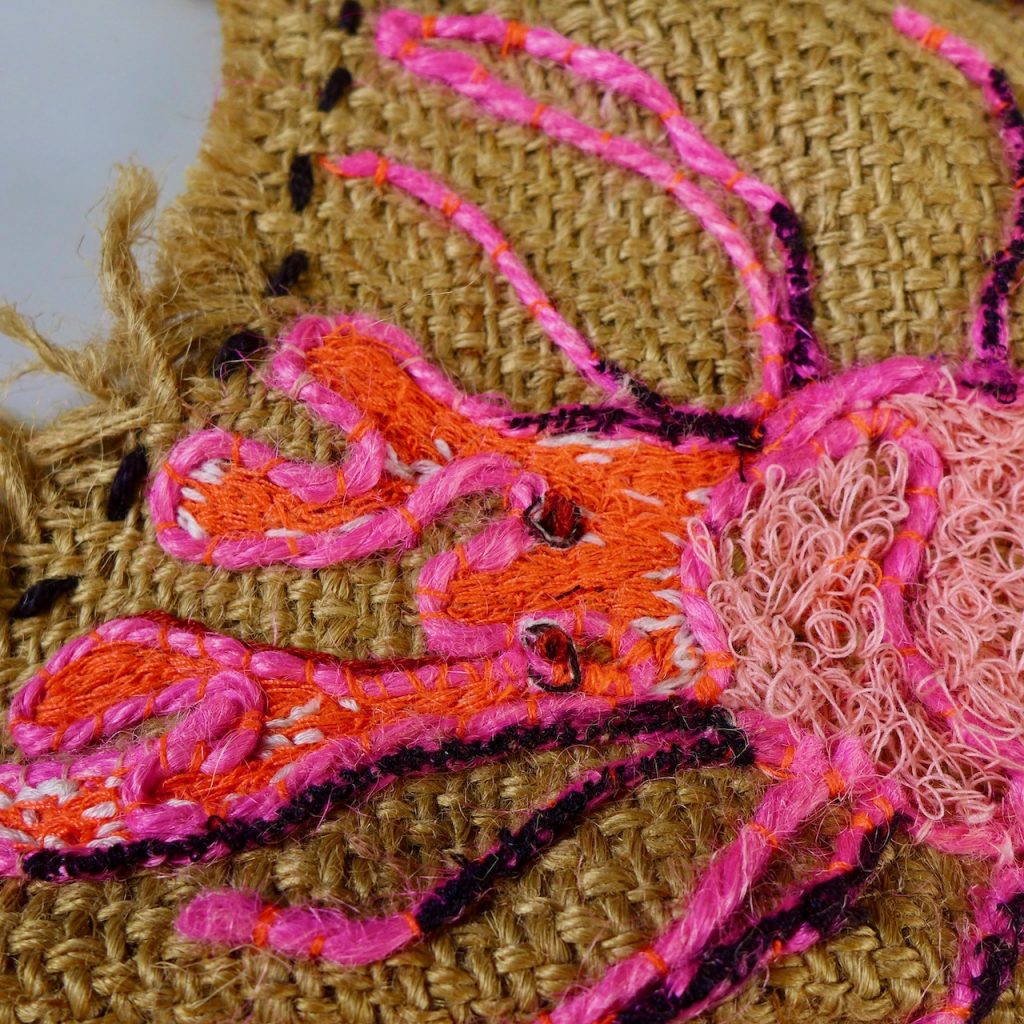 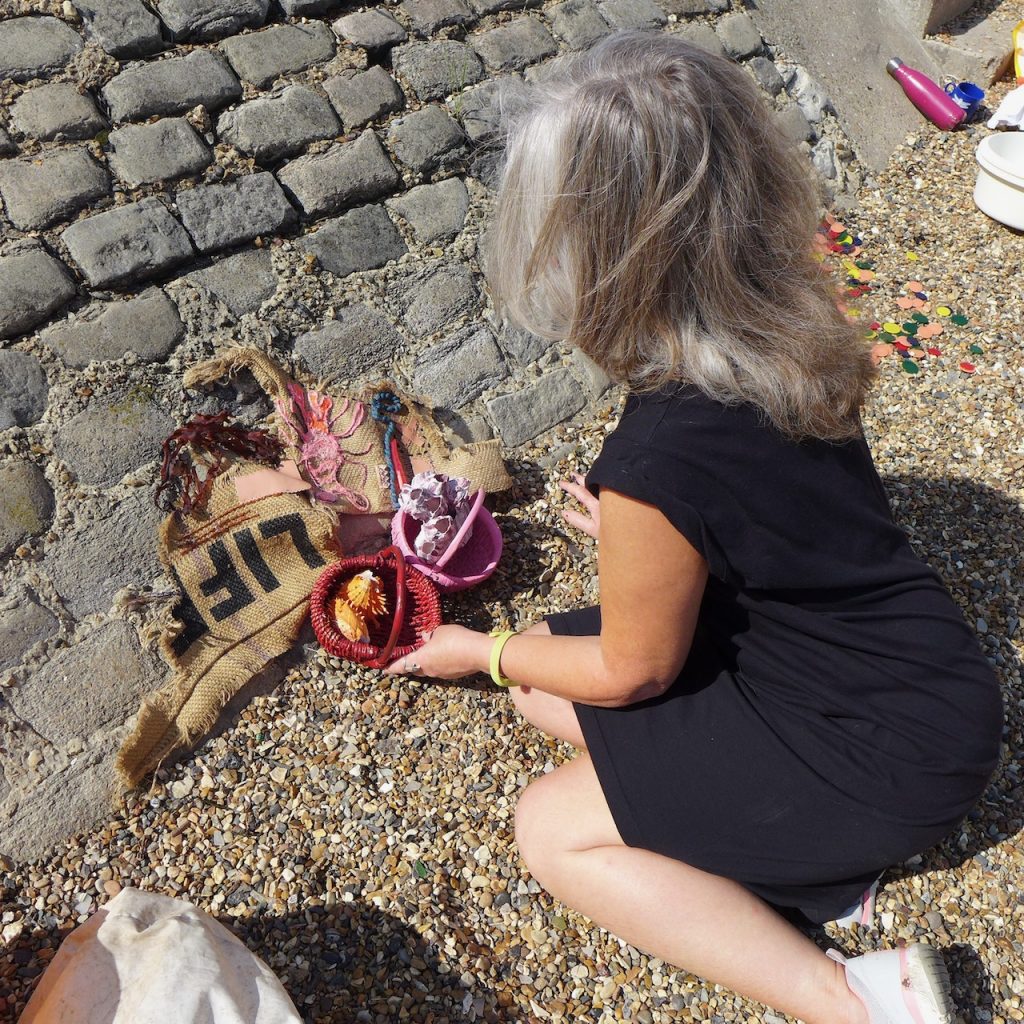 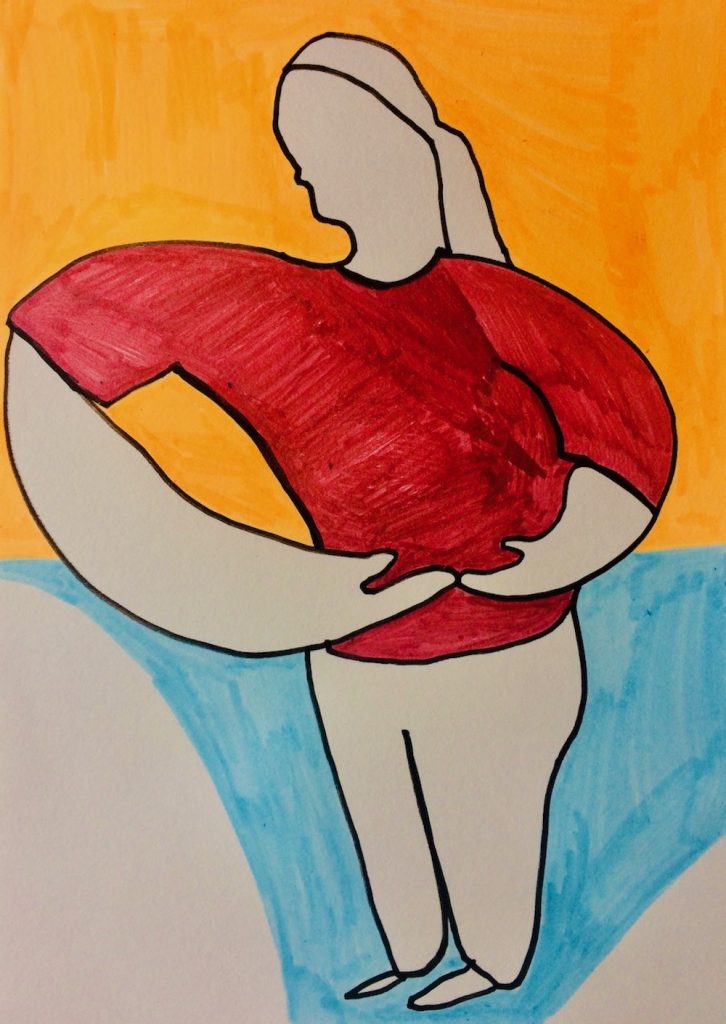 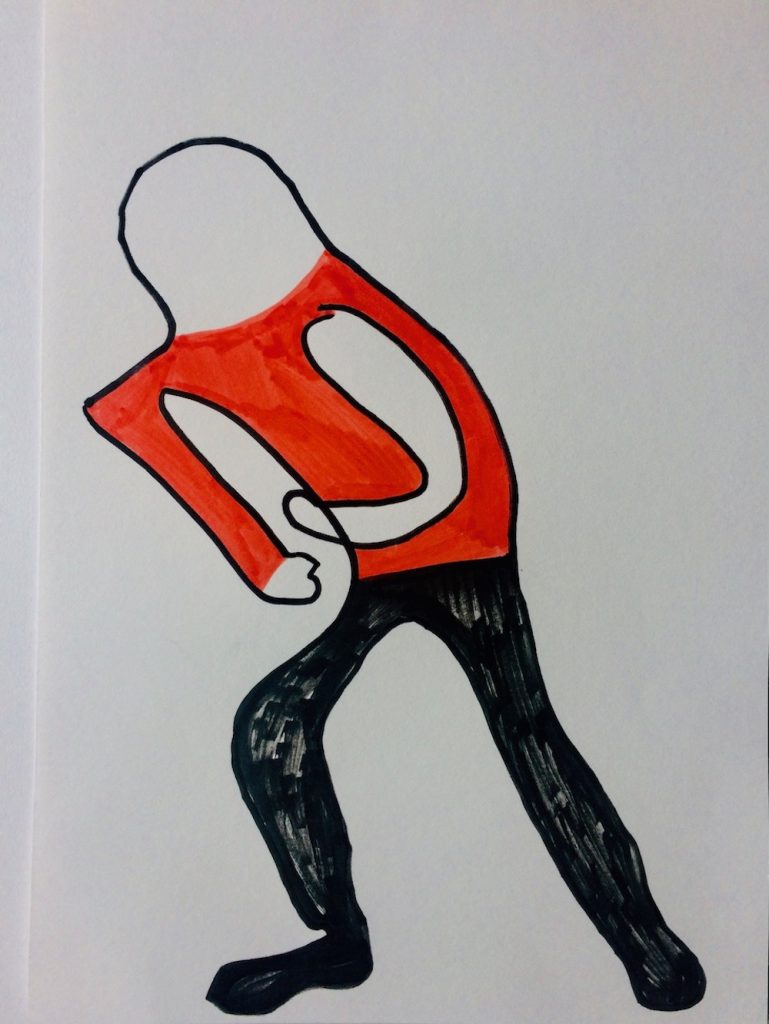 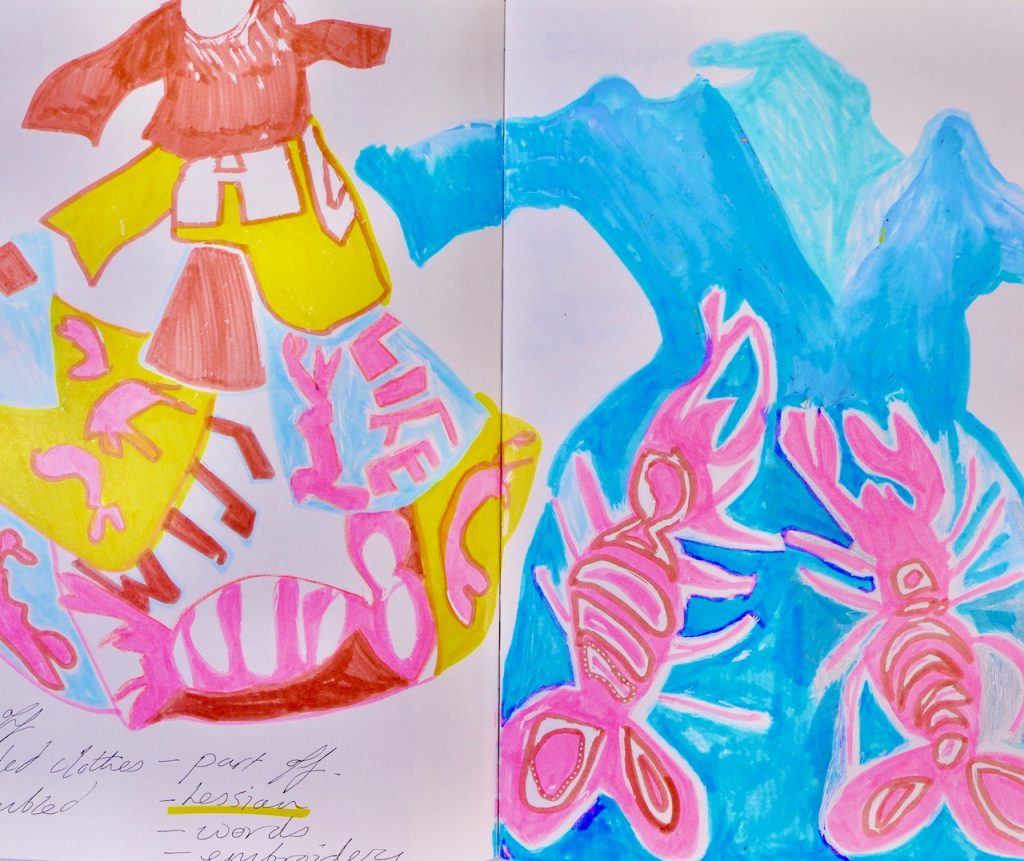 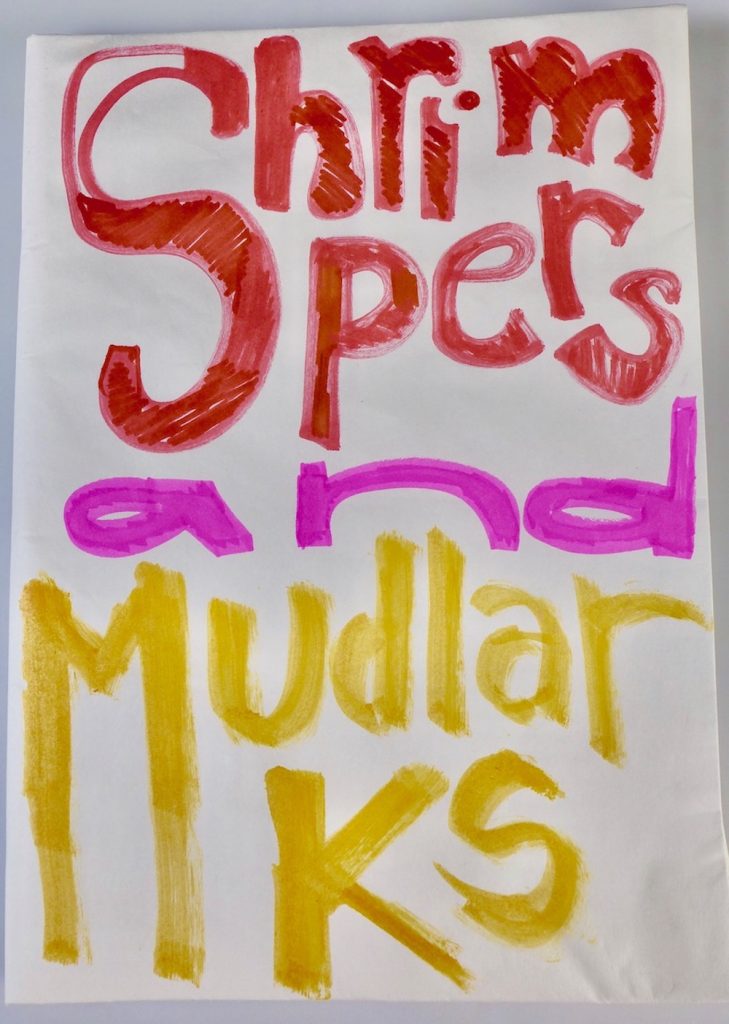 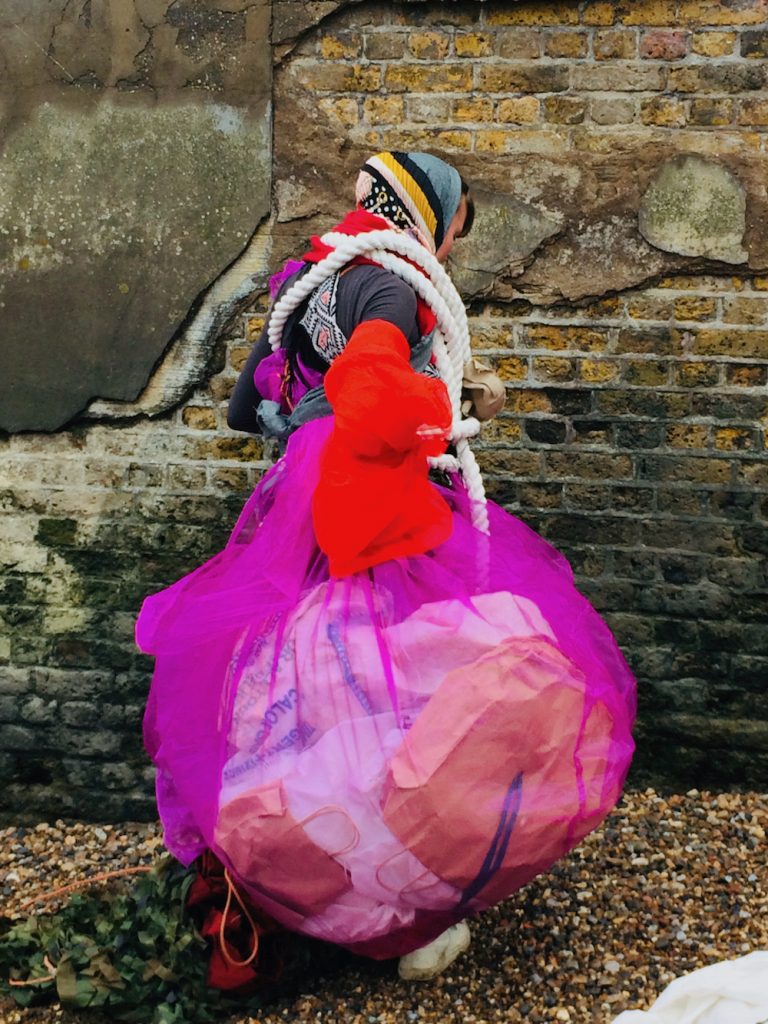 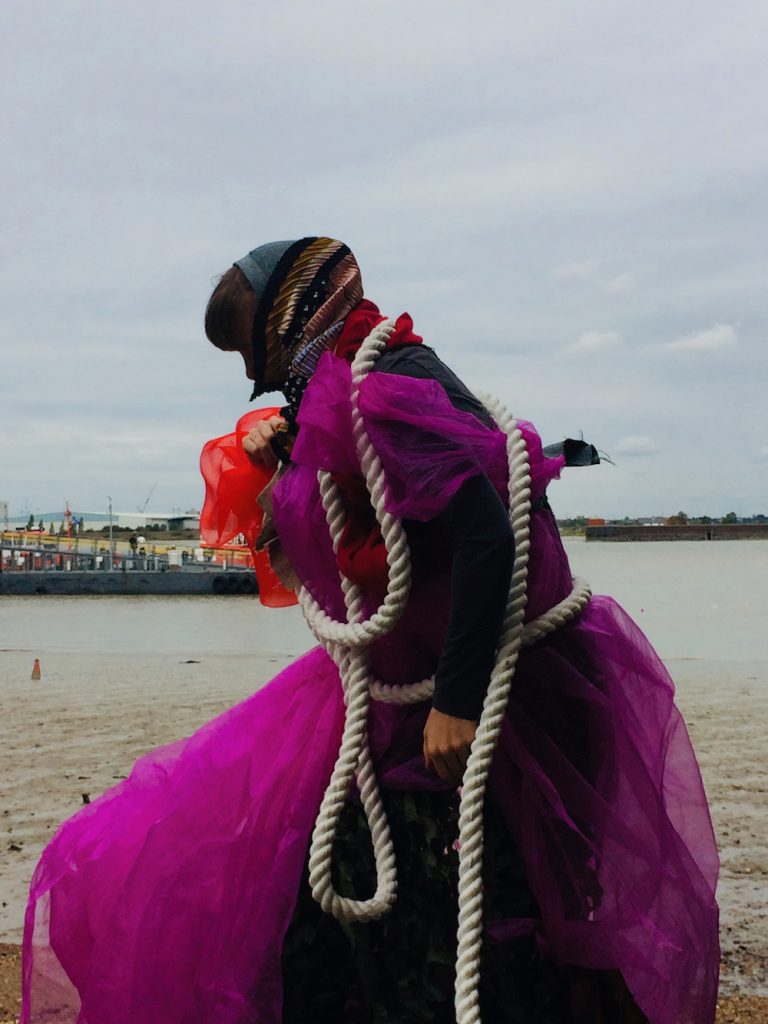 Daisy Farris and I are developing a project about Shrimpers and Mudlarks at Bawley Bay.

Bawley Bay is located on the banks of the river Thames at Gravesend, during the 18th and 19th century it was a thriving and bustling area, ‘Shrimpers’ would catch and cook brown shrimps aboard Bawley boats and bring in their harvest of famous brown shrimp to sell to Victorian tourists at Gravesend market, this industry came to an end in 1965. Mudlarkers were also a common sight, wrestling and scavenging in the mud for coins, copper and coal to sell.

All that remains from this vibrant and crowded bay is a small quiet pebbly beach next to St. Andrews church. Using dance and visual art we are reimagining the human activity that would have dominated the bay, focusing on the movement of labour, physical  struggle, interpreting unusual objects and environmental restraints. We have developed our research ‘live’ at the bay, engaging with the site, the smells, sounds and emotions. This has produced abstract and playful outcomes which we have recorded on film and with drawing.

During Lockdown we received a Make It grant from Gravesham Borough Council to engage communities in Gravesend with our project. In contrast to working outside at Bawley Bay we had to record online material in our studios/ homes for Primary schools.  Daisy explored movements that we imagined Shrimpers and Mudlarks would have used and I drew the poses, instructing children on how to sketch a family member or class mate in a similar posture. We sent illustrated postcards to the elderly communities in care homes and sheltered accommodation which they returned with written memories of Bawley Bay.

We have used the children’s drawings and written memories to inspire and develop our creative work.