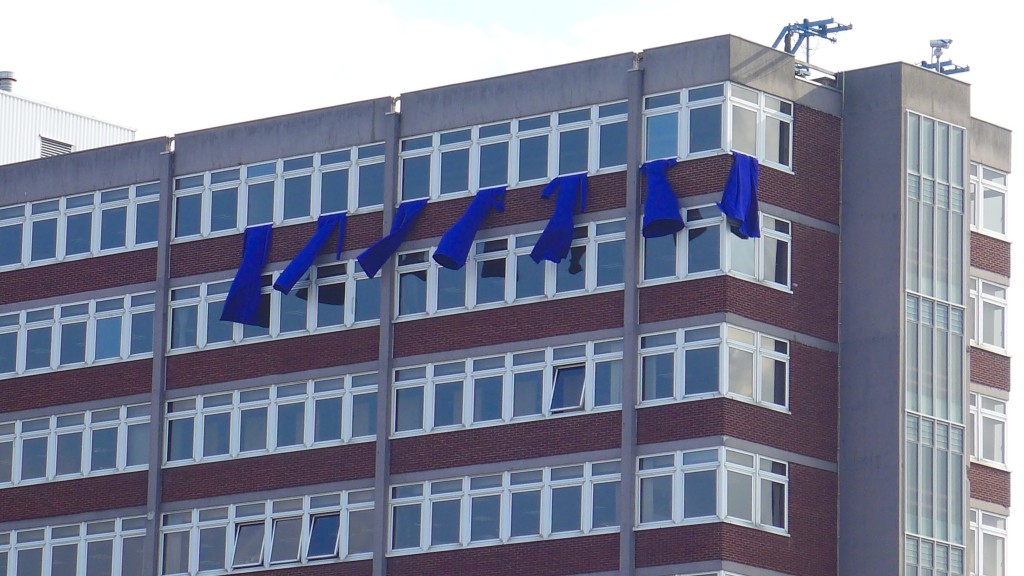 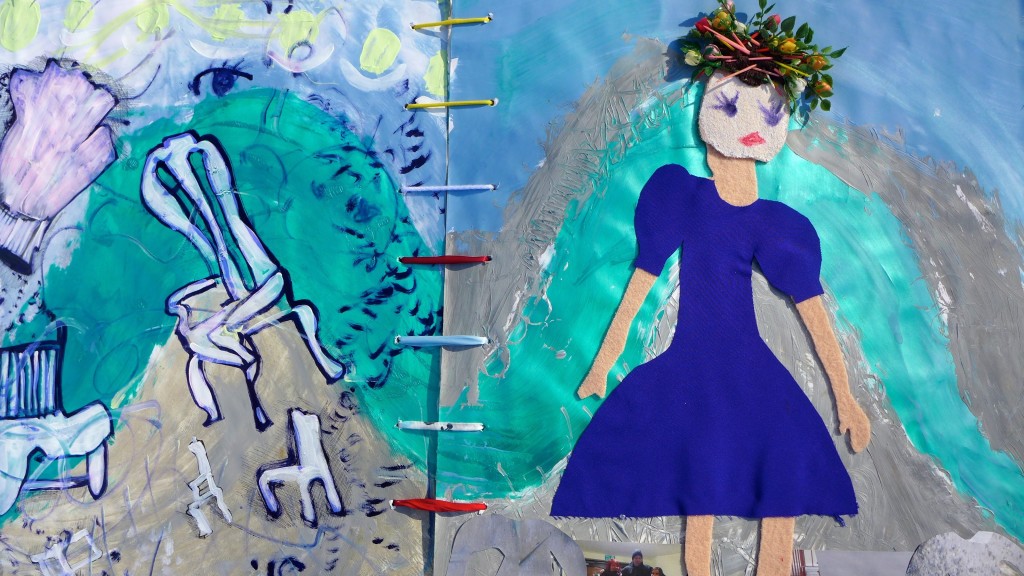 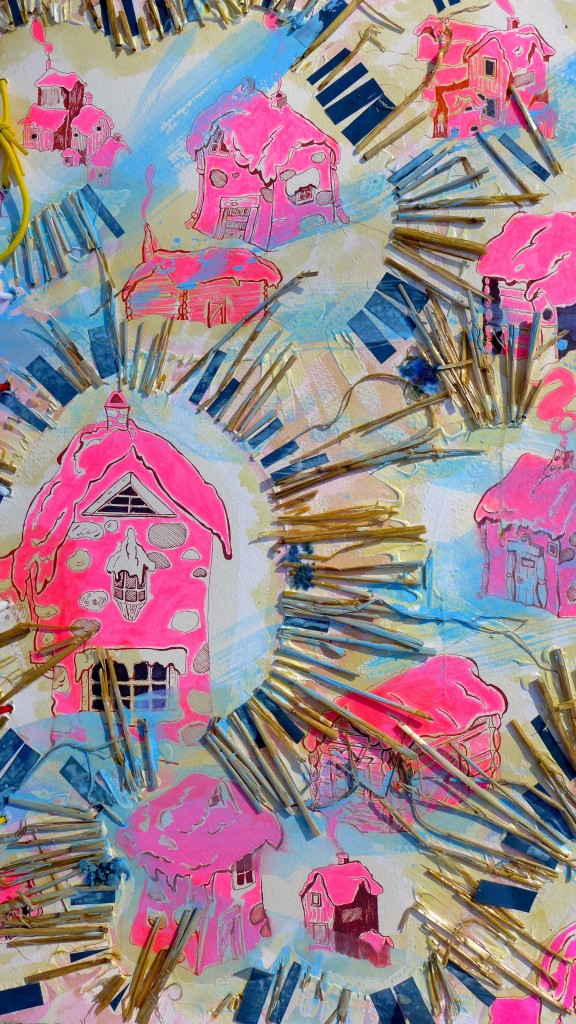 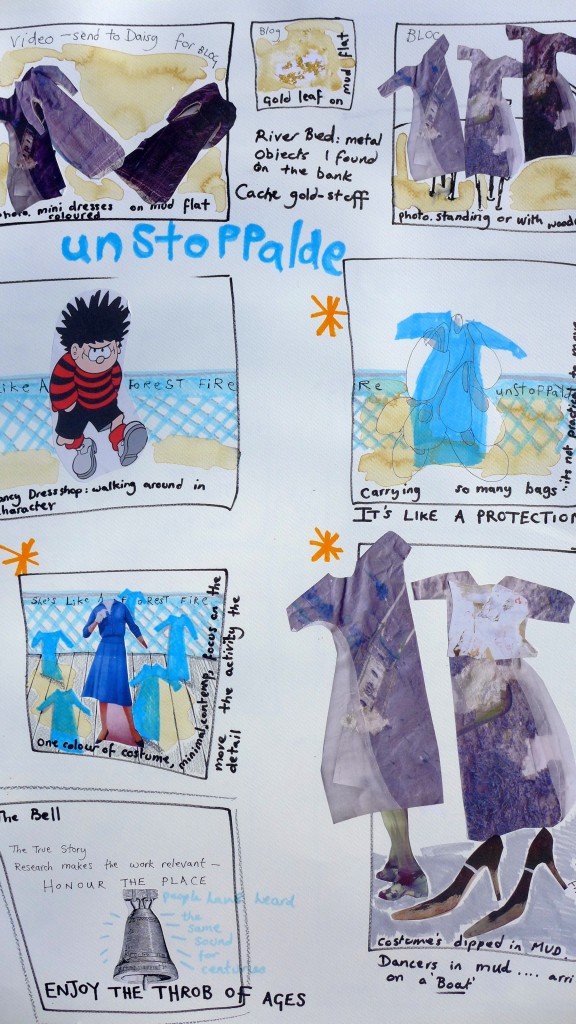 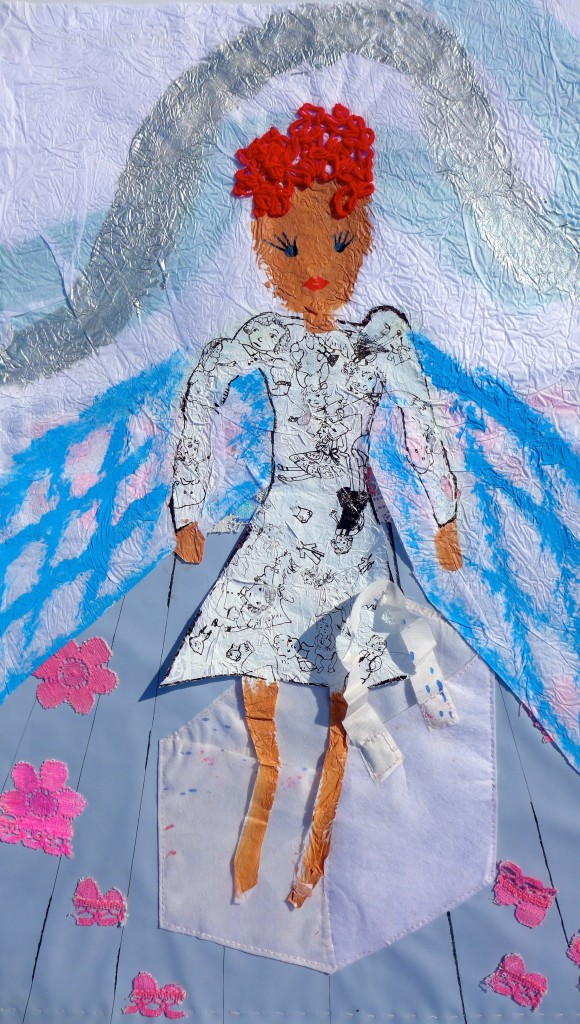 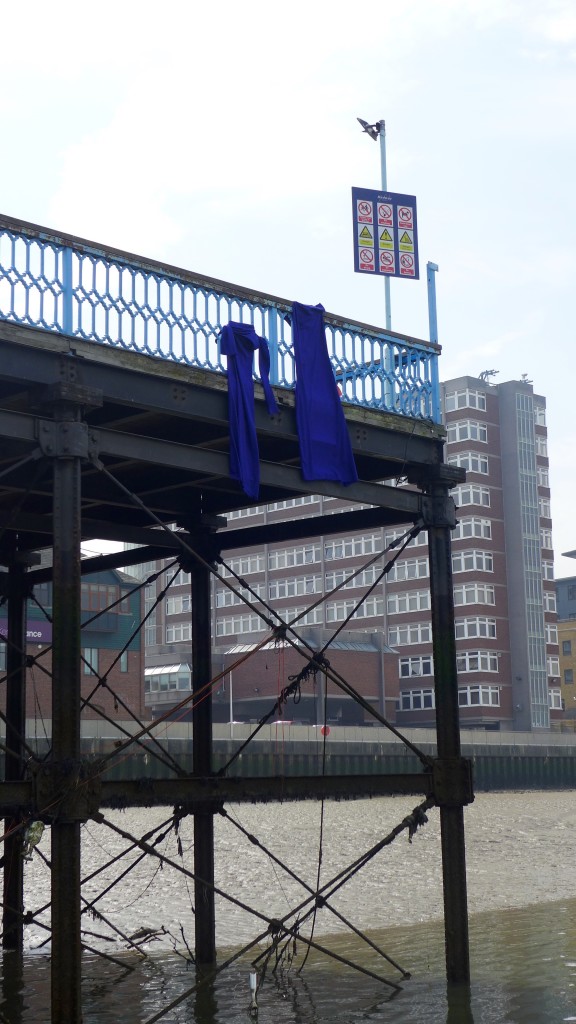 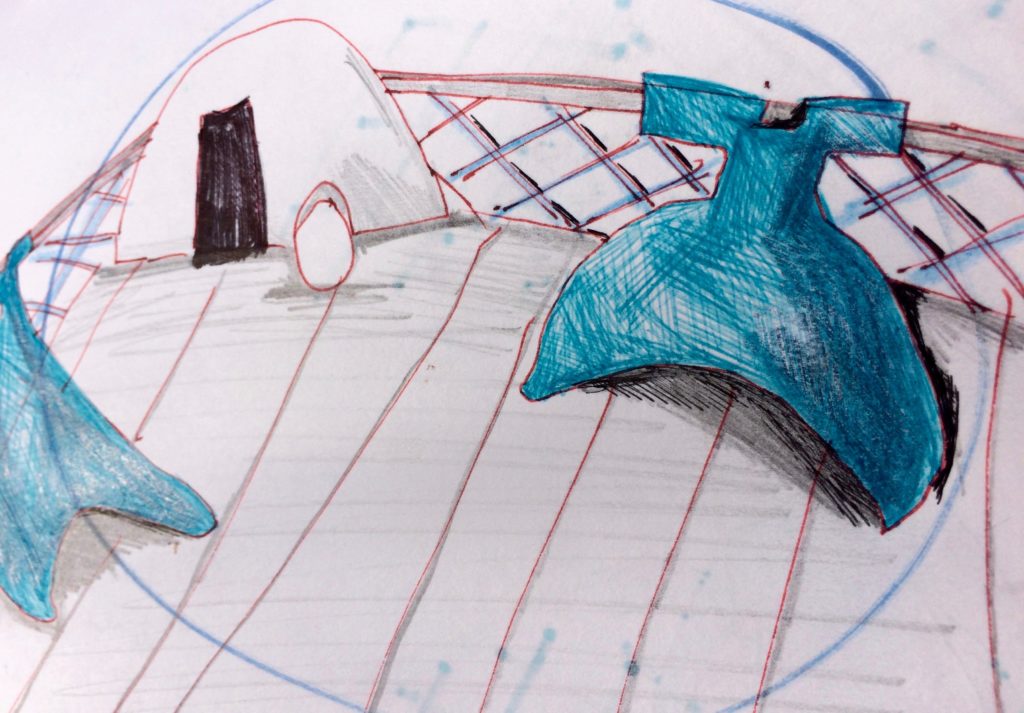 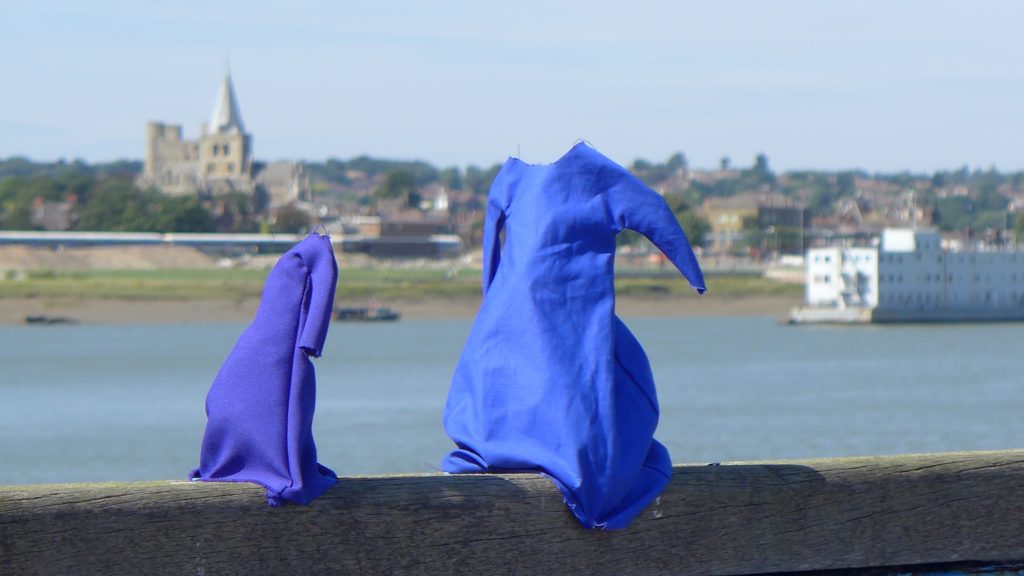 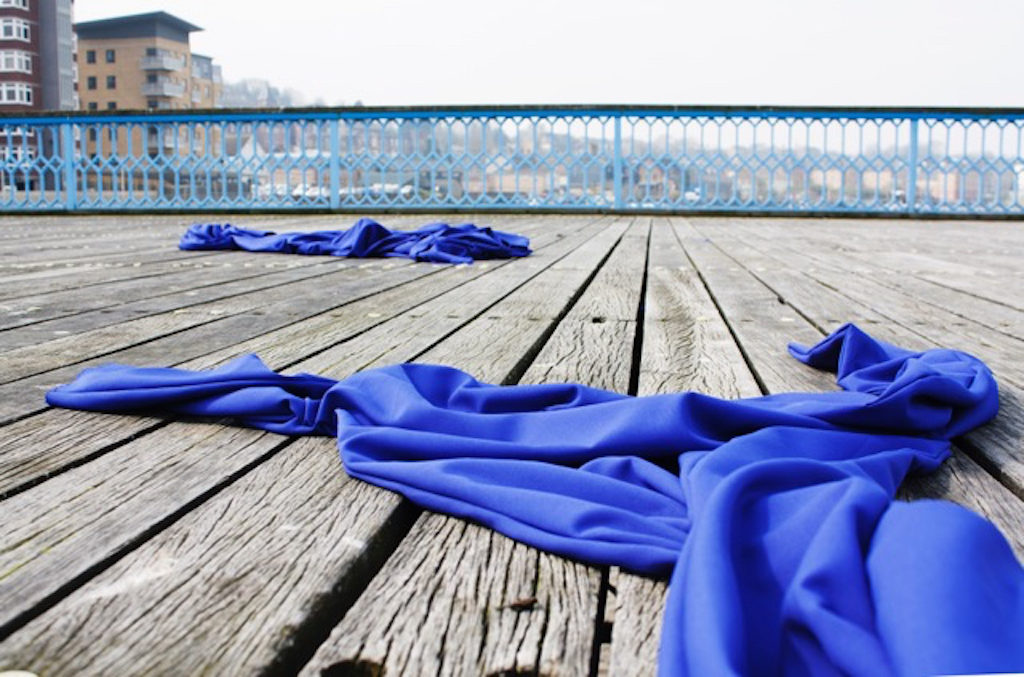 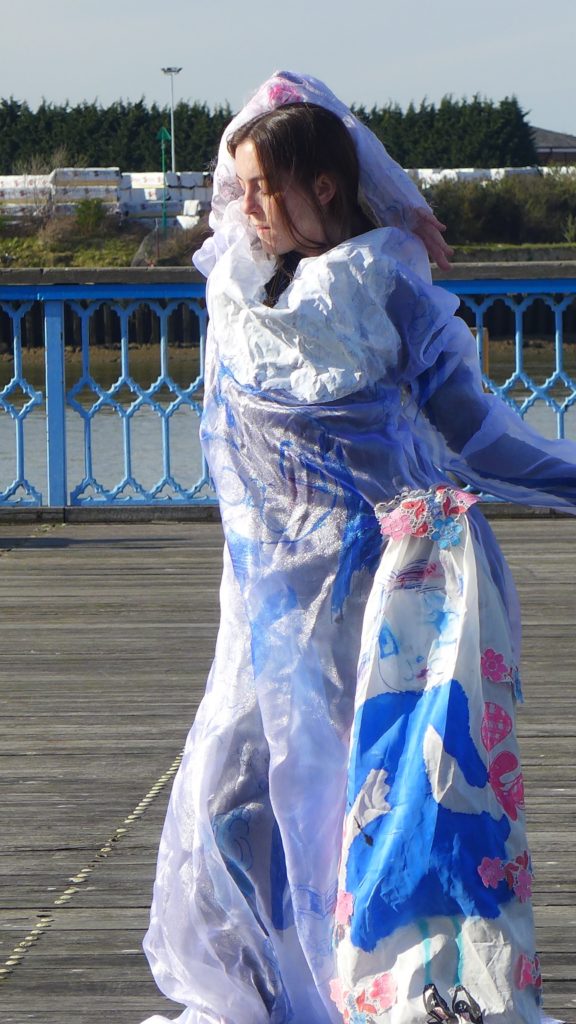 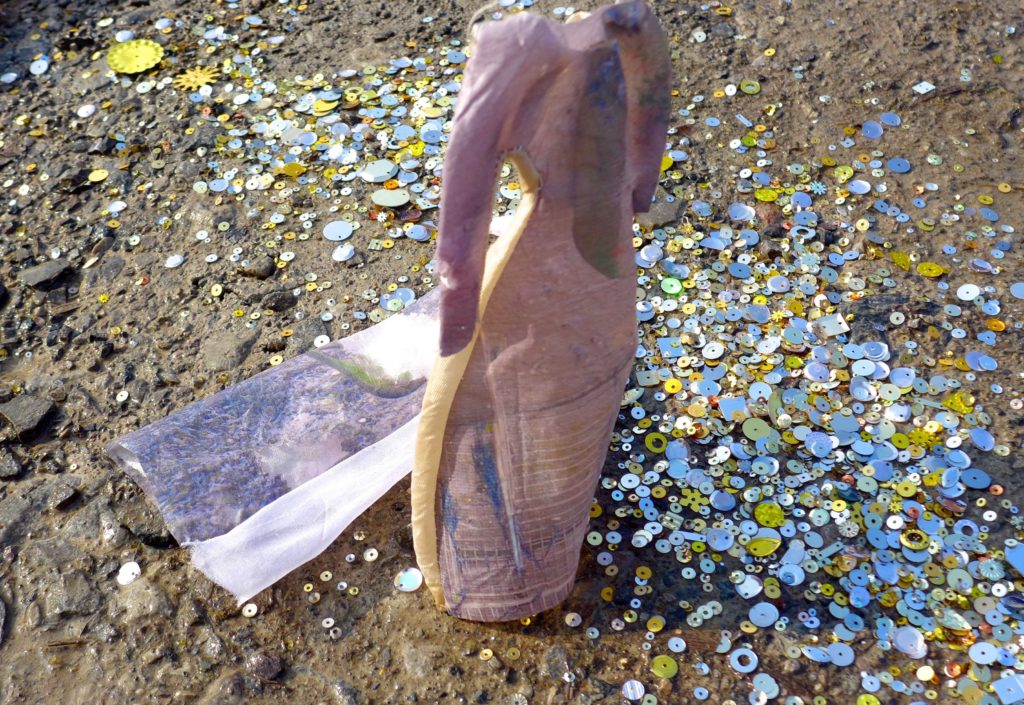 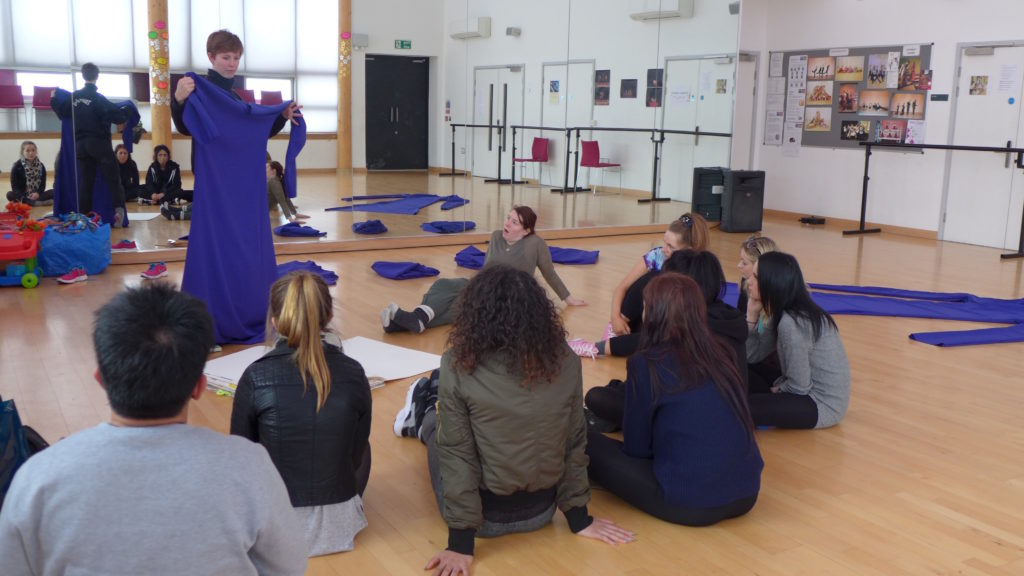 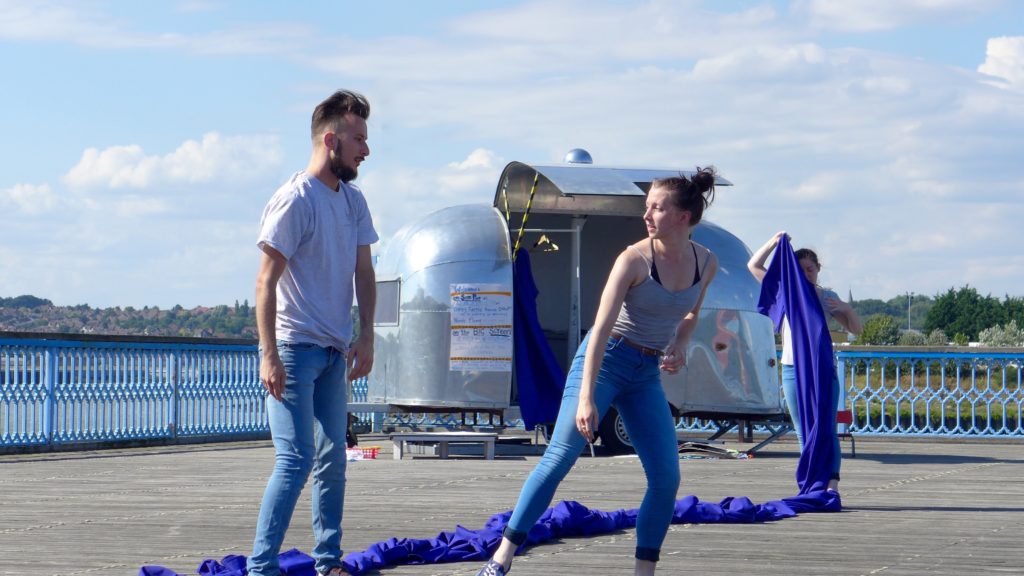 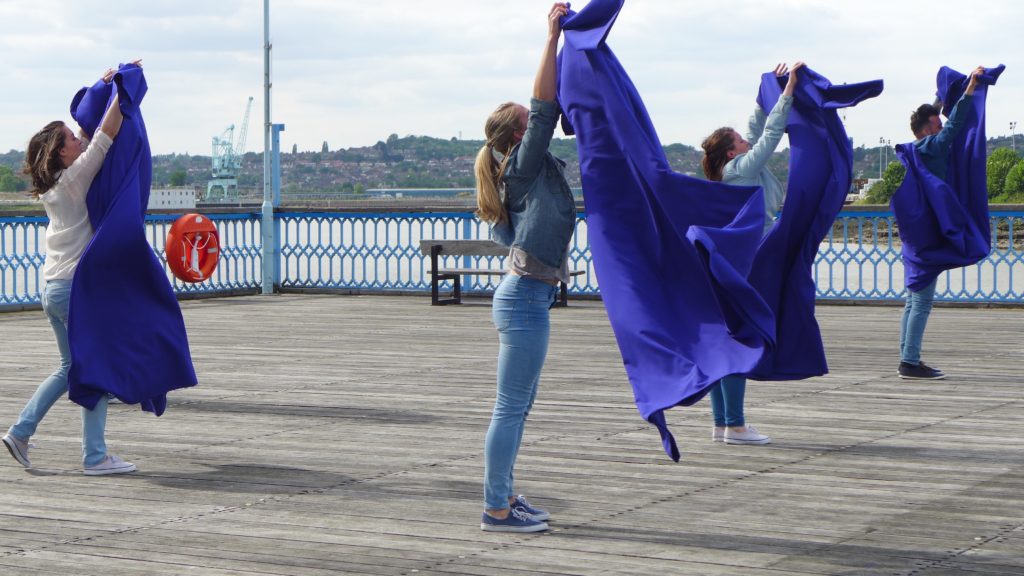 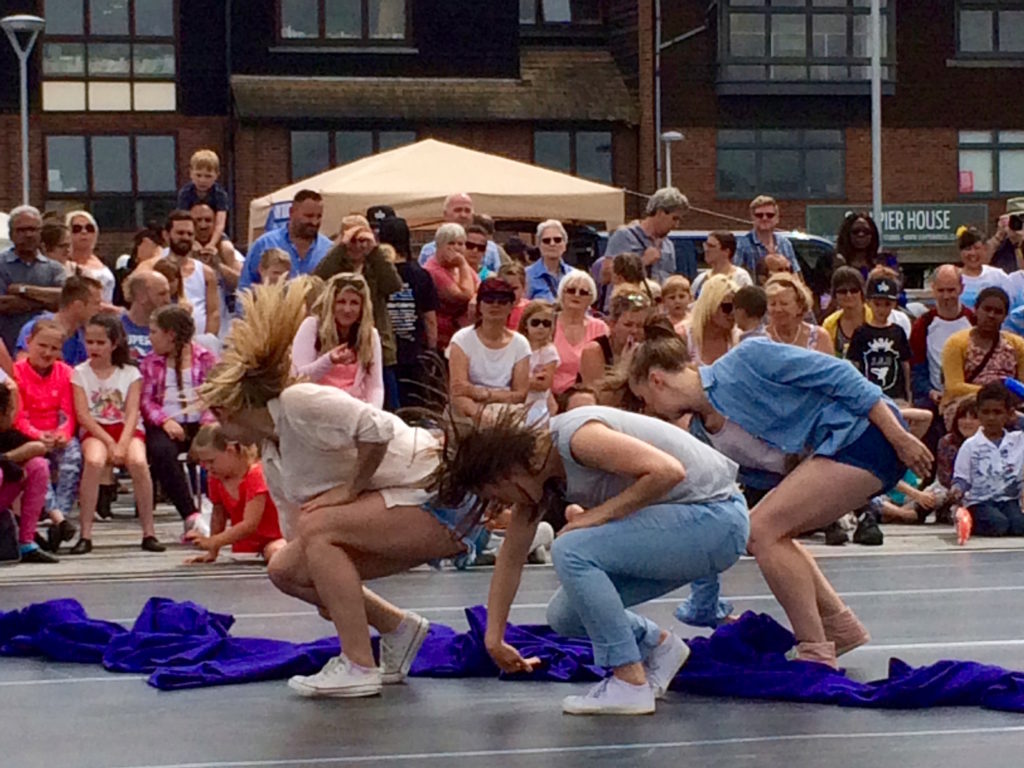 Daisy and I celebrated people’s memories of ‘Bluebell’ in dance, film, textiles and an illustrated book.

Our research focused on ‘ characters’ remembered from the Medway area, we engaged with the community, collecting our material orally through conversation with shop keepers, students, the elderly, dog walkers and coach drivers.

We focused our project on ‘Bluebell’, a woman who walked for miles between the Medway towns, often wearing the colour blue, she was flamboyant, ritualistic and joyous.

Daisy and I were partnered for IN-SITE, we had previously not met and our work is very different, our approach was to  experiment with each others practice, ‘playing’ with each others art form on Sun Pier, .

We produced a film, ‘She’s Like A FoResT FiRe UnStoPPable’ featuring oversized blue dresses that represented the essence of Bluebell, the dance is informed by the presence of the dresses, they own their place on the Pier. The dancers use the dresses as objects; playthings; structures in the air, the performance explores Bluebells personal and emotional attachment to the area. This site specific work was performed and filmed on location at Sun Pier, we identified the pier as a room in the muddy landscape between the river bank and the water.

Artists can challenge the hierarchy in history and give a voice to people who are not usually thought of as hero’s. Bluebell experienced exclusion from society, we wanted to celebrate a compelling and universal character and elevate her status. In homage to Bluebell the blue dresses were hung as an installation at Anchorage House, Chatham.

We engaged in a programme of public performances and film screenings throughout the summer of 2015  in the Medway towns and at The Cutty Sark, Greenwich. With further screenings and live performances at Big Dance, Medway 2016.