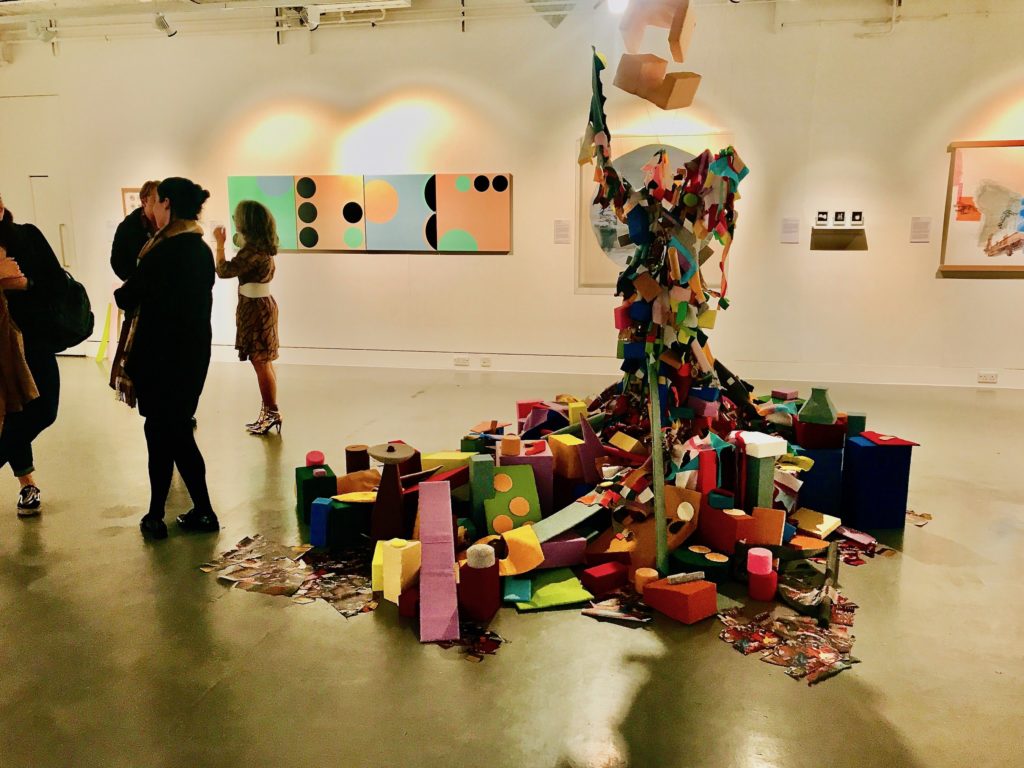 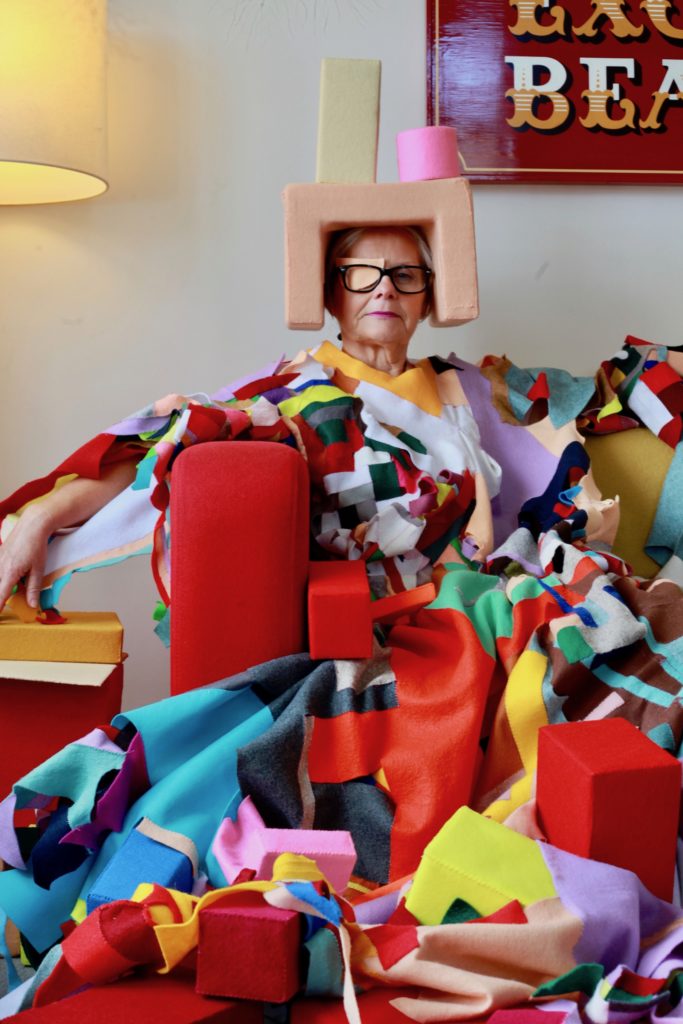 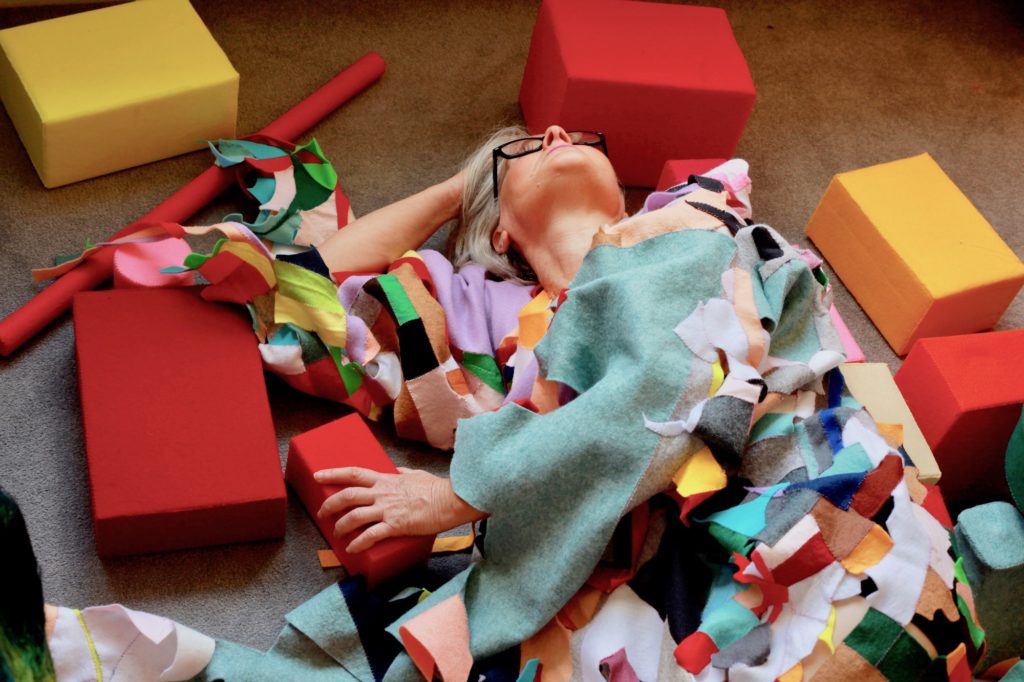 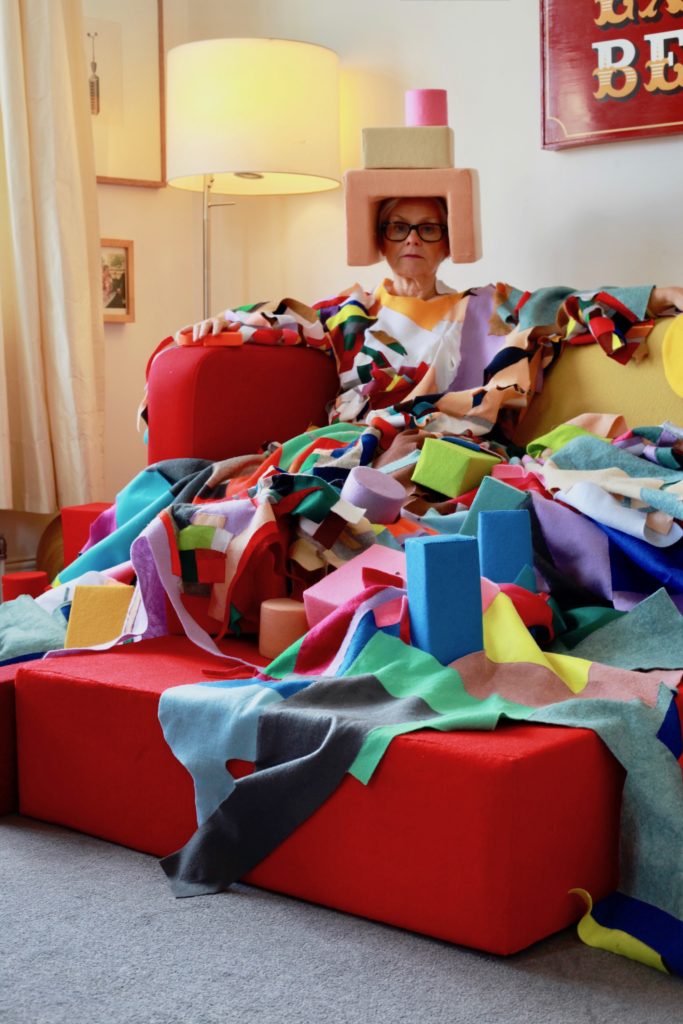 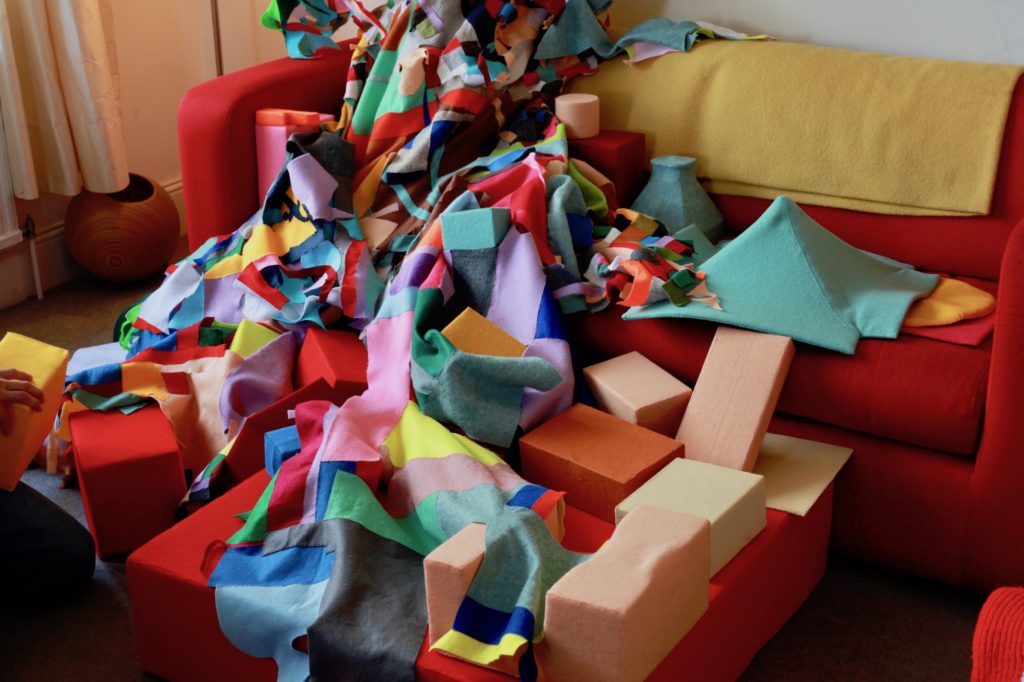 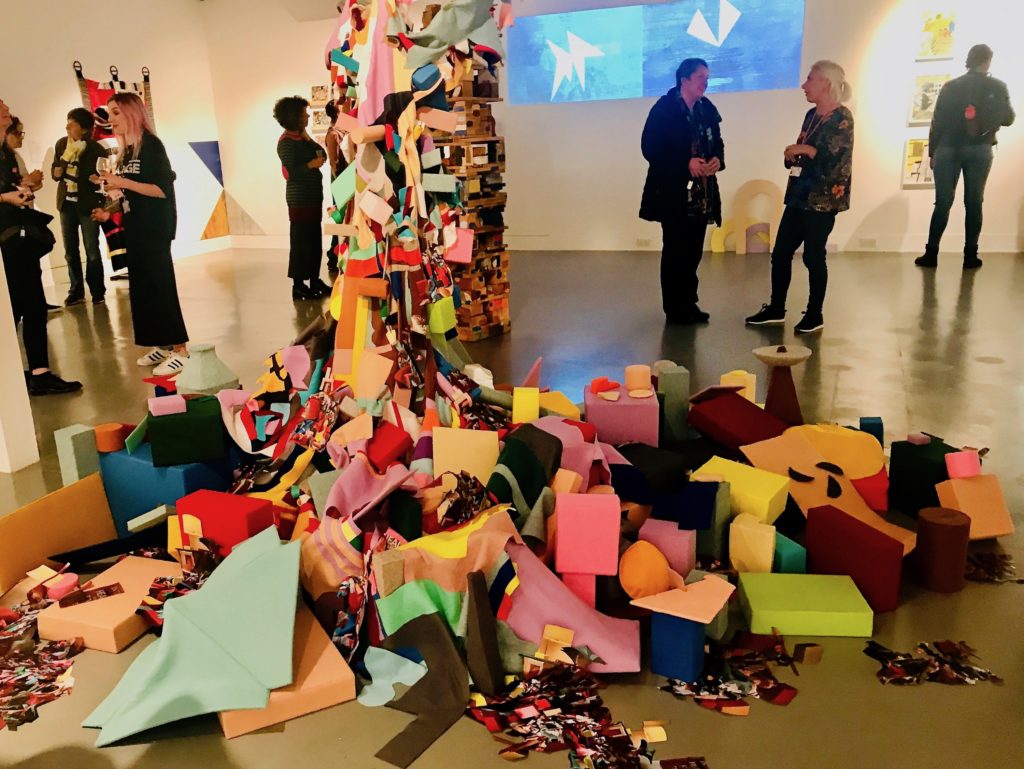 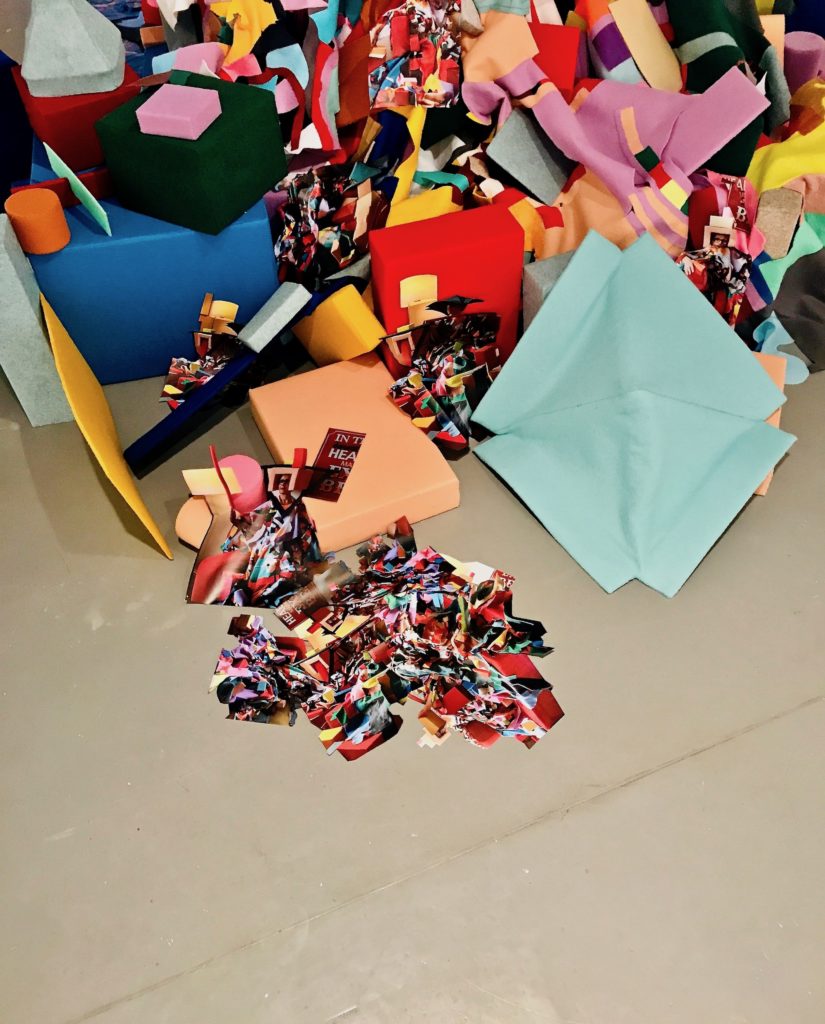 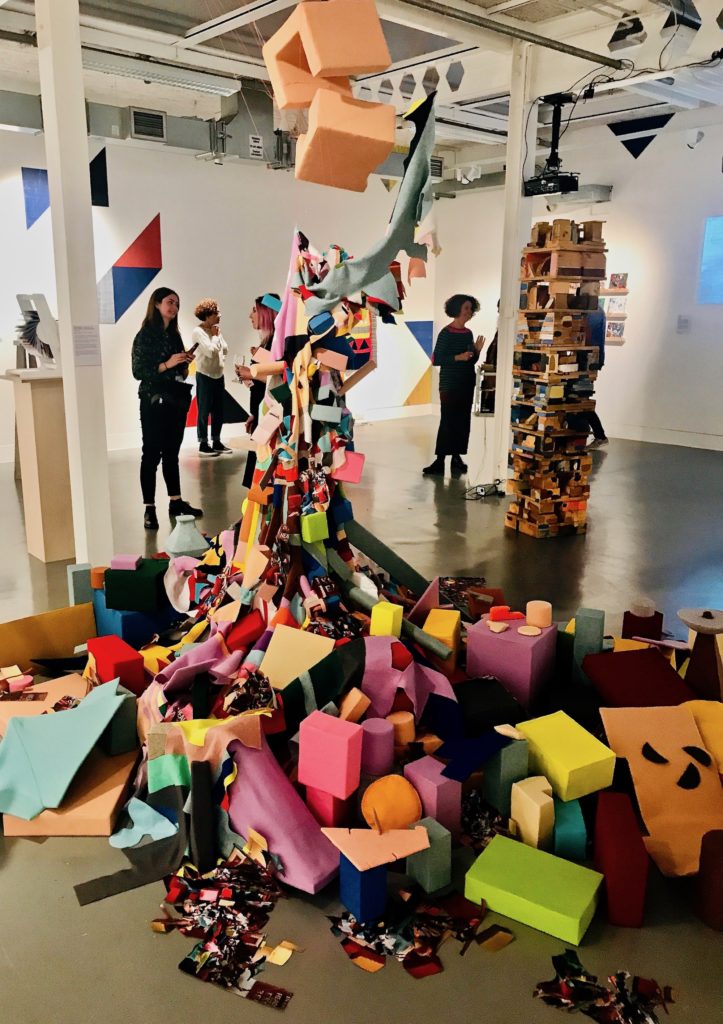 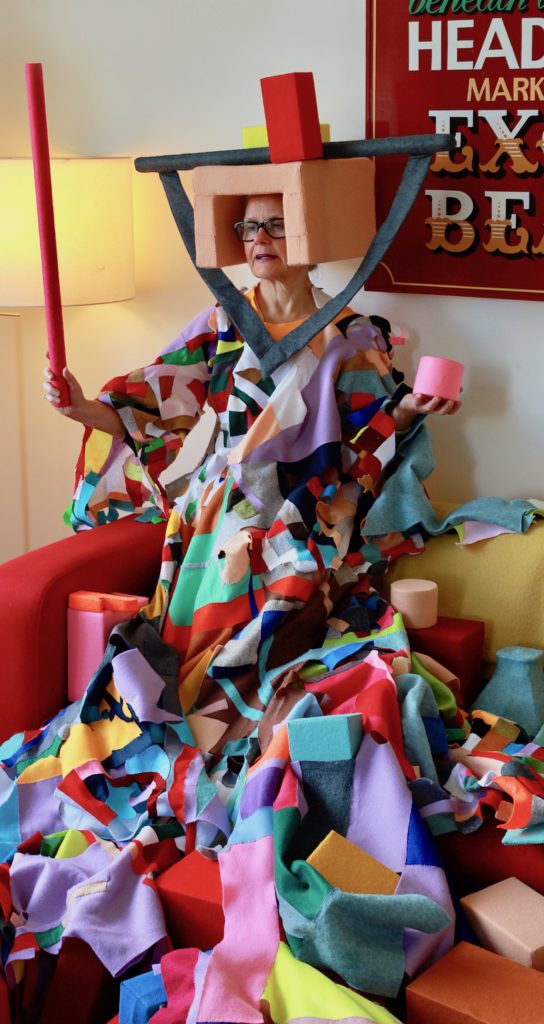 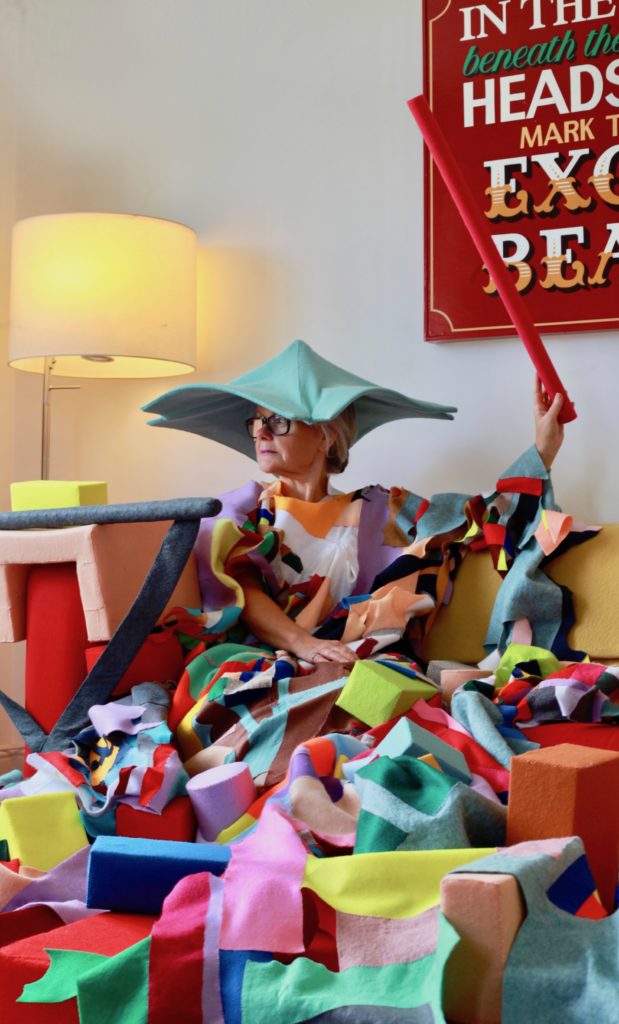 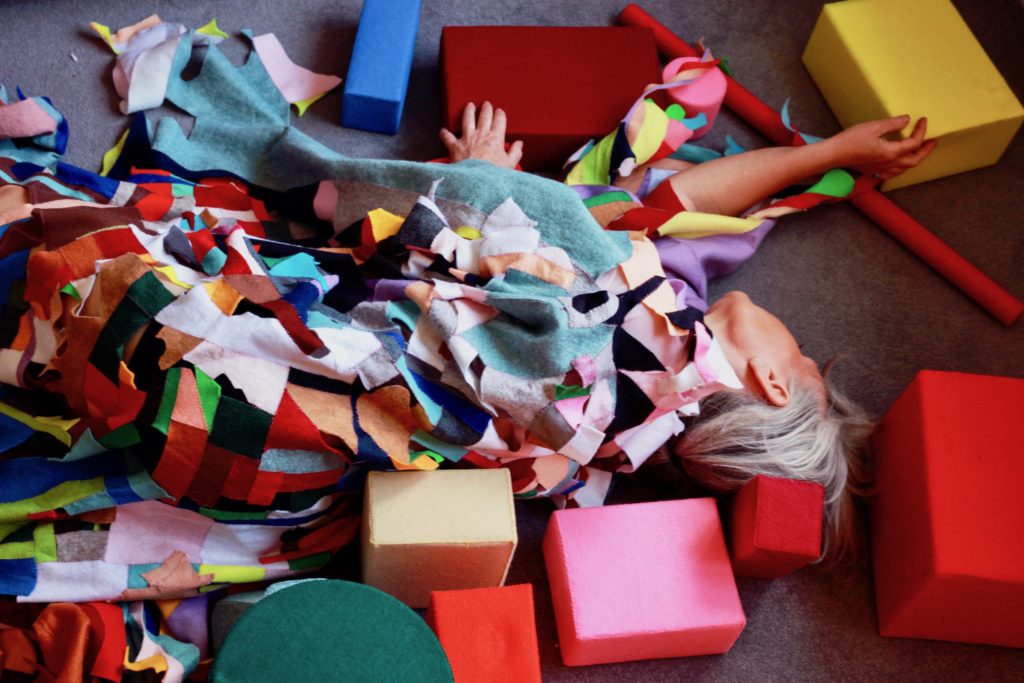 ‘After Bauhaus’, The Herbert Read Gallery, University for the Creative Arts, Canterbury.

To celebrate the 100 year anniversary of Bauhaus, 28 practitioners from UCA reflected on the influence the Bauhaus movement has had on their practice. Bauhaus is famous for more than just a school, at its heart it assimilated the most radical ideas from the avant-garde of the time. The Bauhaus still endures as a beacon not just for art education but for the modern ideas it transmitted to a whole generation.

Shape Lady was my response to Bauhaus, she lives in a world of form, shapes and colour, from her patchwork felt costume tumble worthless, re-used objects, which she has stitched carefully into felt jackets. She is preoccupied with these covered objects, they have taken much of her time, she understands their form and substance and attributes human behaviour to them, imagining a dialogue between them as they emerge from her person. These objects connect her to the world.

As an unaccompanied minor on BOAC long haul flights I was given fabric toy animals as a distraction. From the memory of the coloured felt and neat stitches comes Shape Lady.

In true Bauhaus style I collaborated with Aaron Challis and George Mapston to photograph Shape Lady in her domestic environment, with dogs, food and furniture.